An outdoor exhibit at the NASA Goddard Visitor Center, titled the "Astrobiology Walk," displays Goddard's role in probing the origins of life on our world, in our solar system, and in the deep reaches of space.

Each station is also crowned with a three-dimensional icon – a visual representation of the science concepts being presented, whether an amino acid, a stromatolite rock from Australia, or a detailed model of an early barren Earth. Two icons, depicting the topography of Mars and the nucleus of comet Hartley 2, are based on satellite images and laser altimetry measurements. Exhibitology fabricated these two models using 3-D-laser printing, with later refinements by graphic artists. Visitors are allowed – and even encouraged – to touch everything. 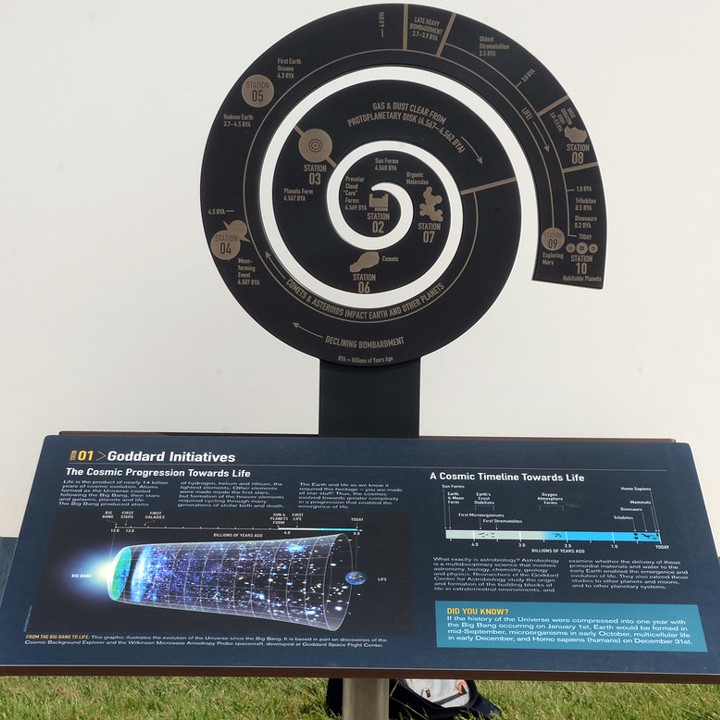 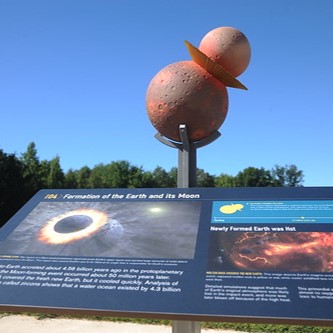